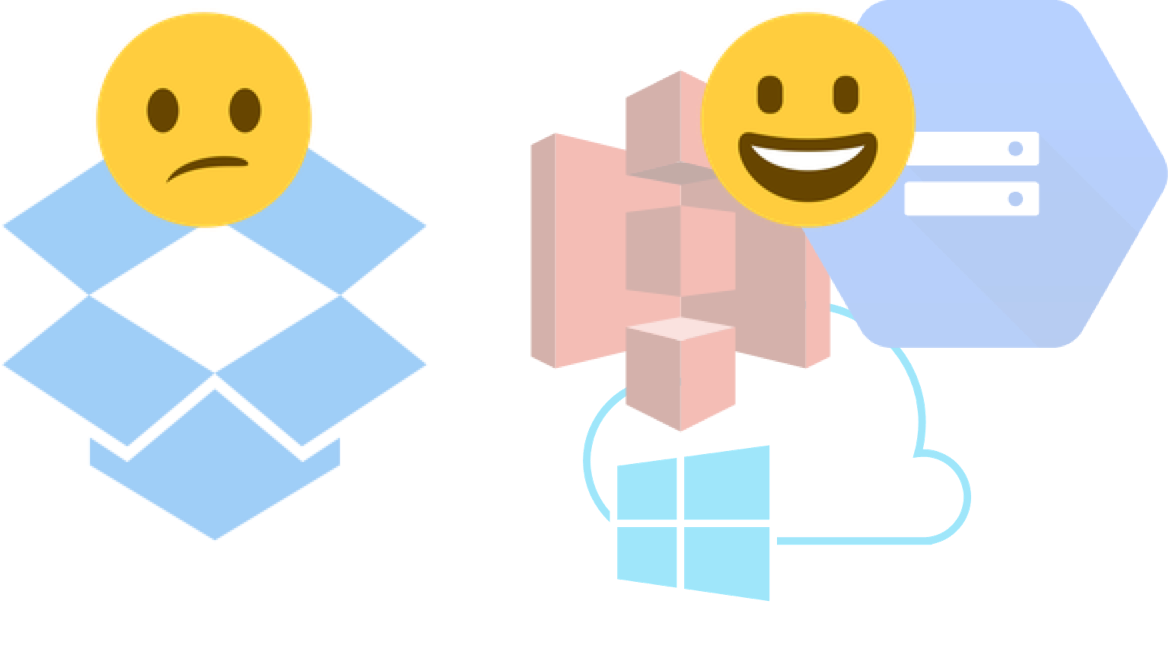 I really wouldn’t mind moving from Dropbox to S3, Google Cloud Storage, Azure Storage, or any other provider

Recently at work I’ve been using the fancy new 4K iMac, yet when I’m at home or out-and-about, I use my equivalently-sexy MacBook. I do the same stuff on both computers though, it just so happens that one is way faster and has a bigger screen, and the other is slower though portable and much more practical for my lifestyle. They both need access to the same files.

Typically to solve this problem you’d use Dropbox or a similar service. But one thing I strongly dislike about specifically Dropbox is that it really wants you to sync everything to every computer. To me this seems extremely wasteful as I might not want the storage overhead of syncing my personal photos onto my work computer. Ideally files could be uploaded to a service, but only downloaded on demand. I understand Dropbox has Selective Sync, but that’s not what I want. I should be able to mount all my stuff onto a Raspberry Pi for example.

What got me curious though is: which of the major cloud services out there actually focused on performance? I have 100mbit+ symmetric connections at both home and work (thx MonkeyBrains and Mimosa! pic here), so I figured that I should optimize for low-local-storage requirements yet be ok with high-bandwidth usage.

I would have wanted to also test Backblaze’s B2 thingy, but I haven’t been invited into their Beta program yet. ;(

For all three services I want to test 3 real-world things:

Also, the point of this is that it’ll be used from the consumer side. So this was all run on my own laptop and to the service’s storage datacenter which was closest to San Francisco, CA.

Methodology B: Using their sync SDKs

Using the sync SDKs, although easier, bring the downside that we’re now syncing all files/folders, very contrary to the whole premise of this exercise. That said, it could be useful for comparisons. 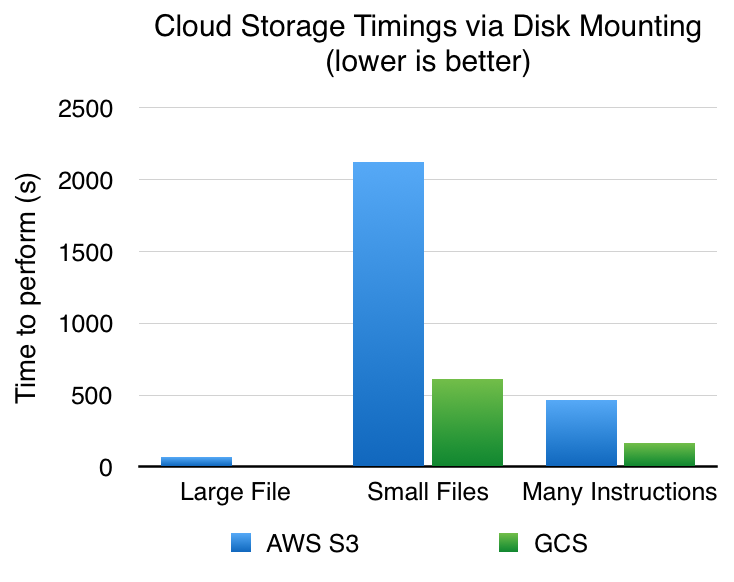 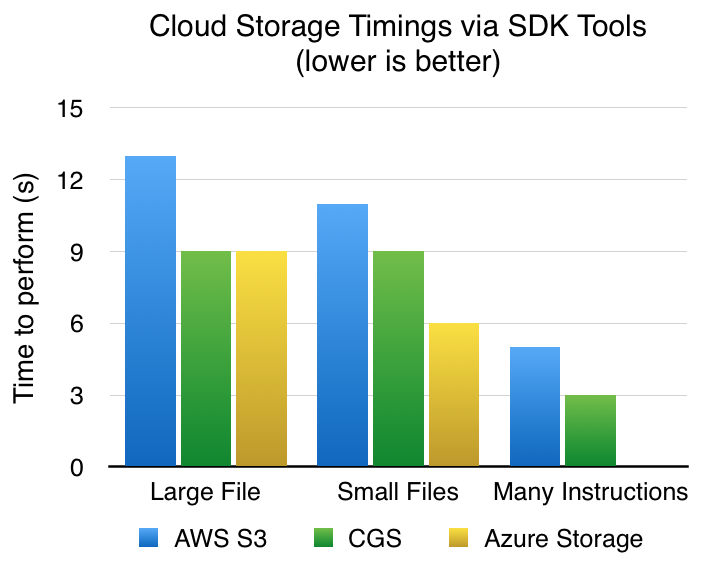 There are a variety of things to note in these results:

These results aren’t good for what I originally set out to do. Yes it’s great I have a possibly-faster-than-Dropbox solution, but I don’t want to sync everything everywhere. The disk mounting method, though possible, is still extremely slow and makes it almost impractical for what I am trying to do.

Perhaps a tool that someone should build is something that uses the sync SDK method to transfer files, but something else for directory listings. When it appears that the user is touching a file in a folder (say a git repo), the tool would pull the whole repo locally in parallel. Or maybe only if you’re accessing 5+ files in a folder will it download the whole thing. I think there’s space for some sort of smart caching tool that also auto-deletes infrequently used files depending on free disk space (or a specified quota). That way what’s stored on my computer is minimal, but I still have access to everything, everywhere (assuming I have a good internet connection).

As for the data collected, when comparing the three providers, Azure seems to be the fastest, but hardest to use. Google is quite fast too, with better tooling. And AWS S3 is also quite fast, but probably with the best tooling (there’s even iOS apps to browse your S3 Buckets!).

Overall, FML, I don’t know what to do. Please email me, trivex@gmail.com, if you have ideas.